George's Birthday is today exactly one week after Bill's so we have two Birthday Bear parties within a week. (Who's complaining?) George has recently been to Far North Queensland to go fishing with his brother. He showed us photos of him holding a huge fish that he caught. So Diane and Bill dressed me  as a fisherman. 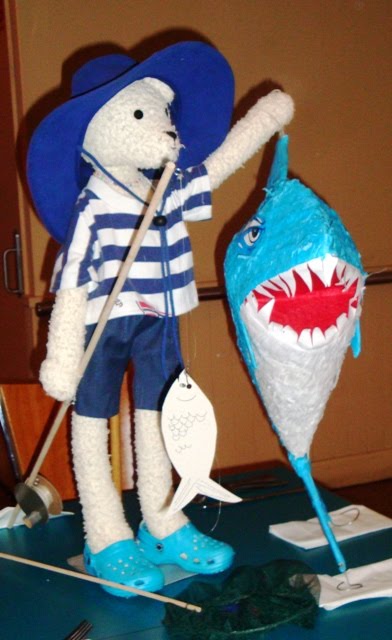 I am holding up a big shark, rod under my arm and a net at my feet. 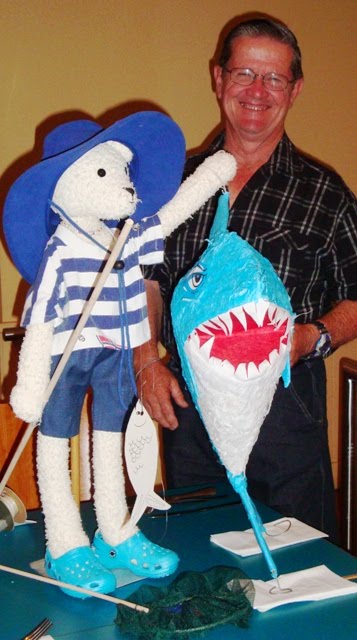 George looks very happy with me. 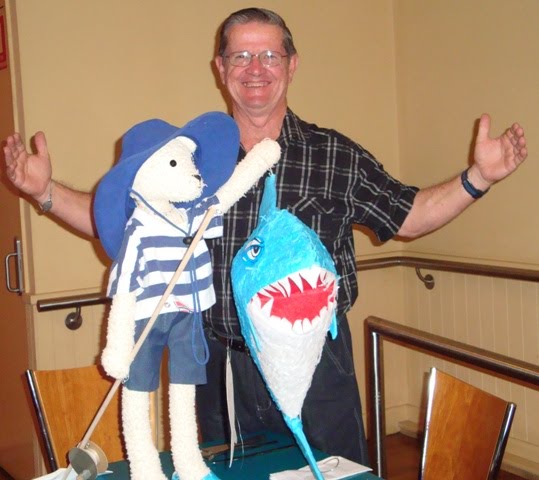 Then he showed us how big it was,"the one that got away." 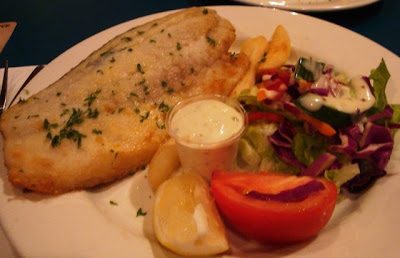 We went to Sunnybank Hotel for lunch. Ann had collected "shopper dockets" for each couple so that they got the second meal for $7.00. It was a cheap meal but very tasty for pub grub.  Diane had Barramundi fish she said  it was soft, juicy and delicious. 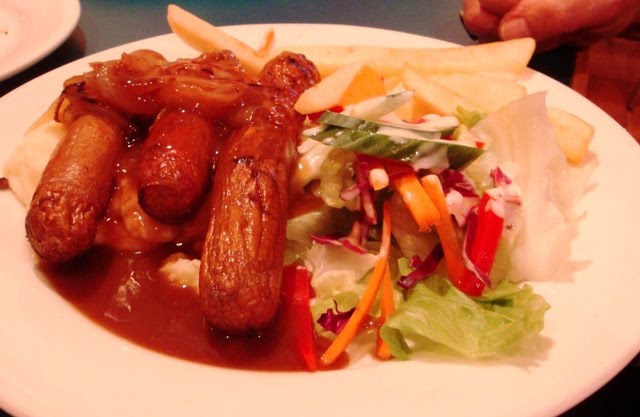 Bill loves sausages andDiane doesn't so he often has them when they go out. 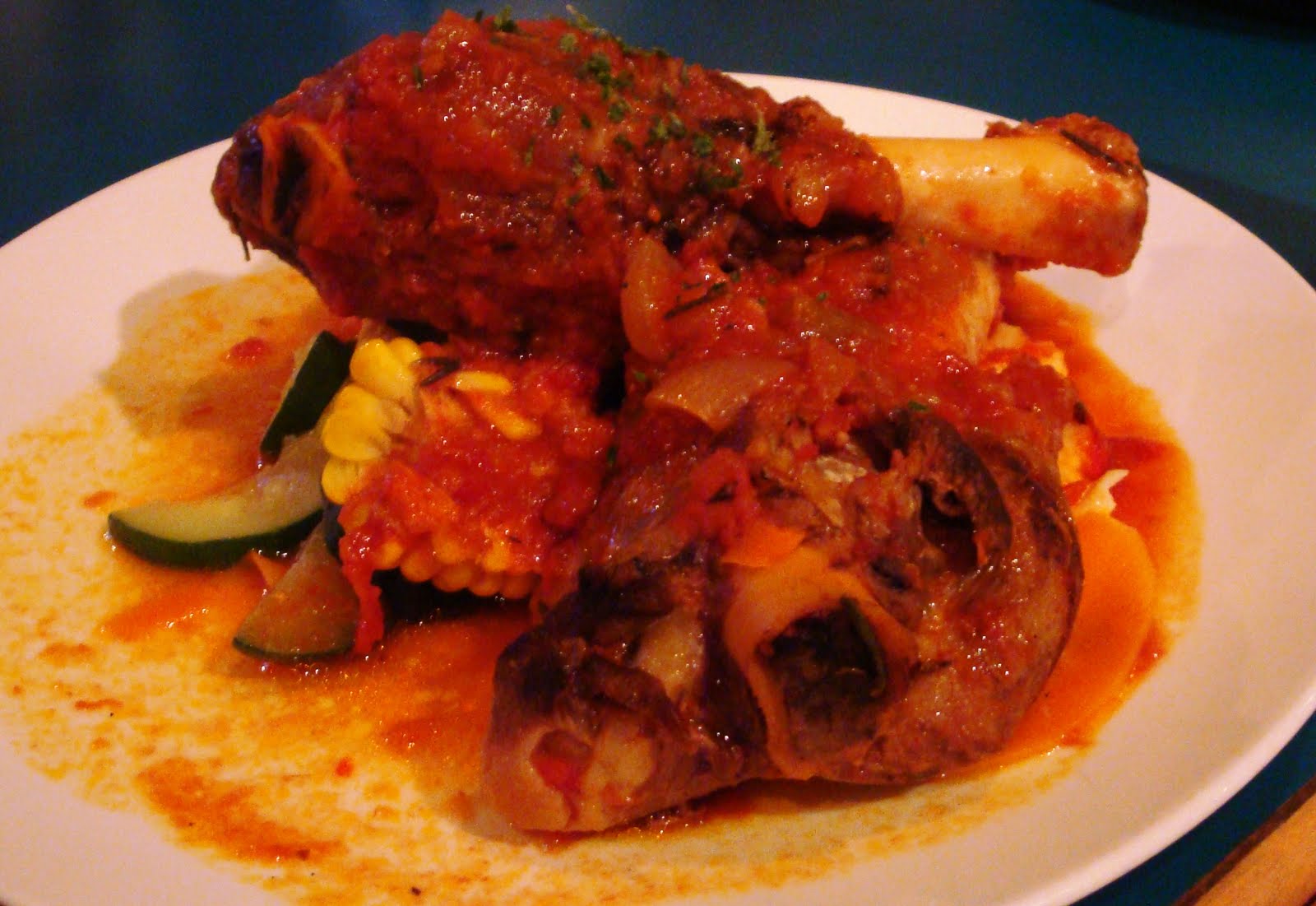 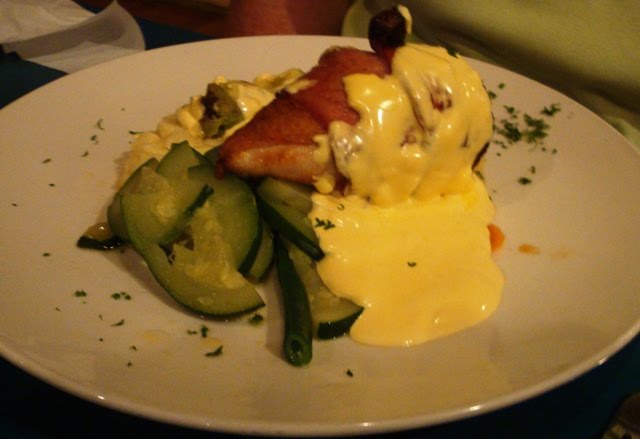 Ann had chicken wrapped in bacon , avocado and cheese sauce. 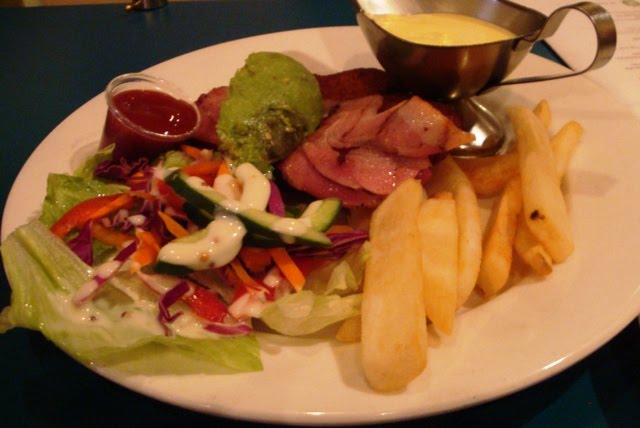 Mary had a similar dish. 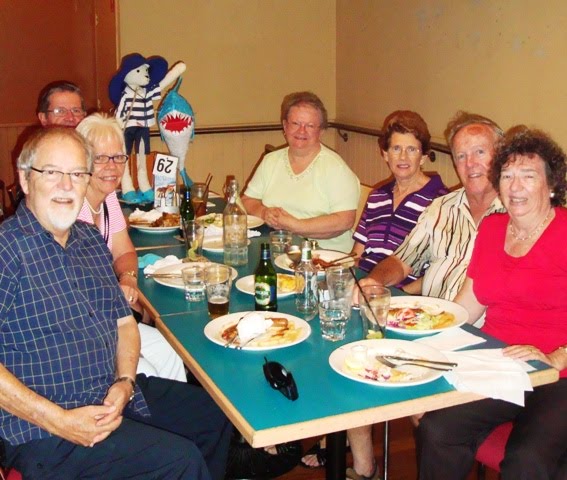 Here are my wrinkly friends who celebrate their birthdays together with me. Woohoo I love it.  From the left: Bill, Diane, George, moi, Ann, Mary, Paul and Helen.

Posted by Birthday Bear at 9:49 PM