I was all ready to go to Bill's Birhtday celebration, but it was pouring rain and blowing a gale. There was a cyclone moving down the coast towards Brisbane. The wrinklies decided that it might not be too safe going out if the weather was going to get worse as predicted. So the party was postponed for a week. Anyway, I felt safe in my waterproof bag but I still hoped Ann's roof wouldn't fly off in the wind. 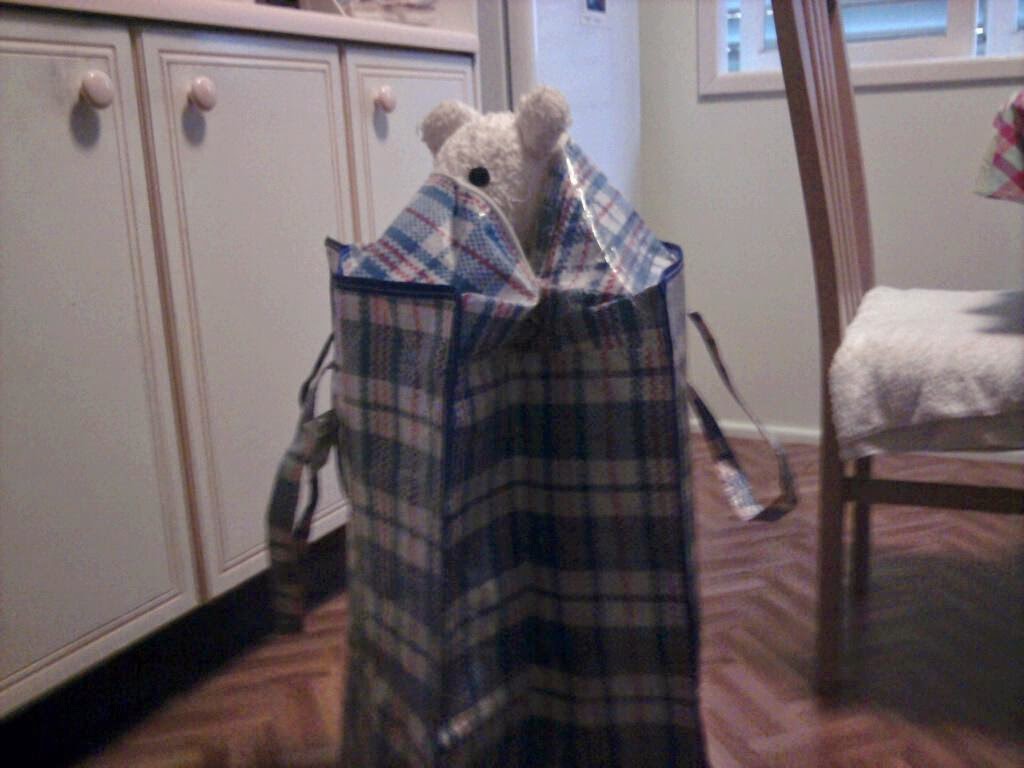 The next week the weather was good and in fact the cyclone weakened before it arrived over Brisbane so we were all safe but very wet. It rained and rained. Good weather for ducks but not bears. 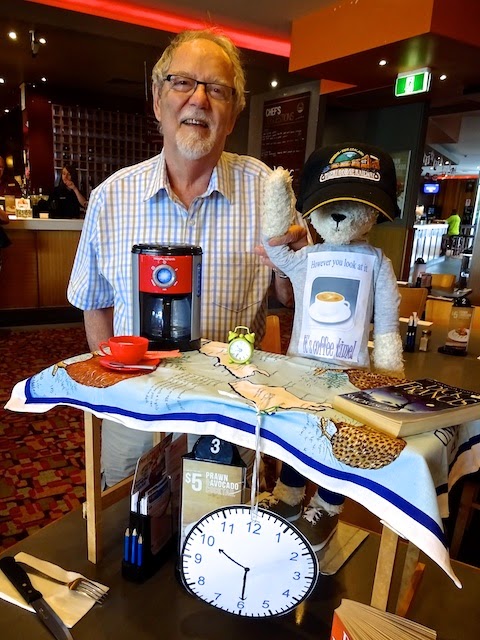 At last I could climb out of my bag and make a coffee for Bill when he arrives at the Chatswood Tavern for a birthday lunch with our wrinkly friends. Ann made me a special Barista's T-Shirt. It says, "HOWEVER YOU LOOK AT IT. IT IS COFFEE TIME". She also bought me a coffee machine and taught me to make coffee with a pattern in the throff. It so happens that Bill craves coffee about 10:30am everyday. It doesn't matter where he is it is coffee time when the clock hits 10:30am. I understand how he feels because I feel the same about honey. Bill also collects caps and loves trains so I have a cap with a train on it, which I will share with him. I also brought him some books to read by Dick Francis, one of his favourite authors. 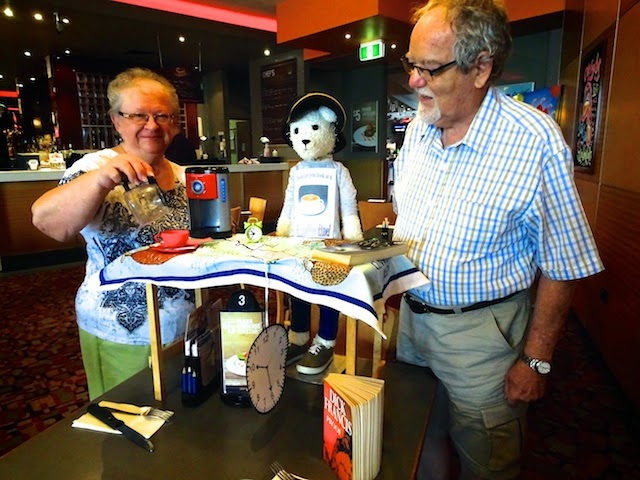 Ann gave me the idea to be a Bear Barista and help Bill get his coffee everyday. 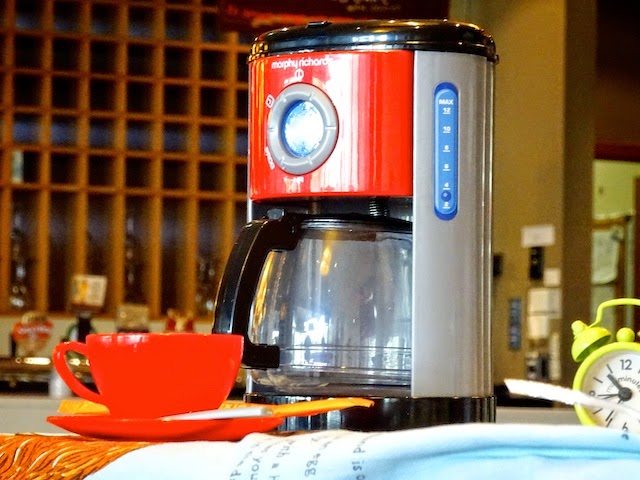 This is my new coffee machine. 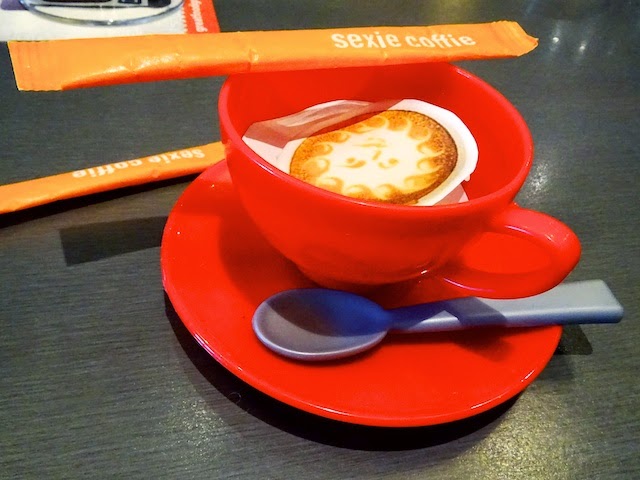 I made a picture in the coffee and found some sexie sugar for Bill. 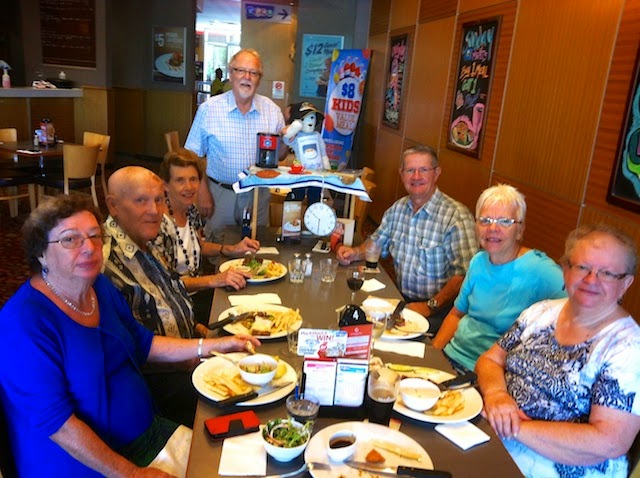 The wrinklies always have fun with me at their Birthday lunches. It was the first time we have been to this hotel and the staff were very interested in why I was at the party. One waiter came and asked why I was there. She  thought I was pretty good to have instead of a boring birthday present.
Posted by Birthday Bear at 5:02 AM